Get Brad Pollack on Your Side!

Brad Pollack will fight for your rights in the courtroom

It’s no secret that DUI laws are more robust in Virginia than in any other state.

That doesn’t mean, however, that your DUI case can’t be overcome.

A competent DUI lawyer like Brad Pollack who knows the intricacies of Virginia DUI law can help you navigate the fines and penalties associated with driving under the influence or driving while intoxicated. Brad will use his knowledge of the legal system as well as factors regarding scientific research, all of which can affect the outcome of your case.

How aggressive the DUI penalties will depend mostly on your Blood Alcohol Concentration (BAC). As in many states, the legal BAC limit for drinking in Virginia is .08 percent, but if a law enforcement officer considers your driving to be unsafe, you can still be arrested and convicted even if your BAC is far lower than the specified legal limit.

Keep in mind that .08% is the per se BAC level, but .02% is the zero tolerance level in Virginia, and  a reading of .15% can result in even higher penalties.

What if you refuse to consent to a breathalyzer test? Your possession of a Virginia-issued driver’s license is your implied consent to testing.

Virginia is a zero tolerance state. If you have a BAC of .02% or higher, operating a motor vehicle in Virginia is illegal.

Getting caught in the act can result in a misdemeanor or a felony charge, especially if it’s not your first offense. Virginia has identified four misdemeanor classes and six felony classes of DUI crimes. The severity of consequences for each depends on “washout” or “lookback” charges. The court will check your record for prior charges and attach them to your case as proof that you are a repeat offender.

Your vehicle doesn’t even have to be in motion for you to be charged with a DUI.  If you are under the influence of alcohol or drugs, just sitting behind the wheel of your car or on the seat of your motorcycle can be considered “in operation of the vehicle,” and the officer may assess your driving capability as impaired.

The only way to handle a DUI/DWI case in Virginia, especially in the Rockingham, Shenandoah, and Frederick counties areas, is to hire a competent lawyer who understands that a single charge results in two parallel pathways in the judicial system, and that they can end with civil and criminal charges against you.

These charges can result in your loss of not only a security clearance but also limited opportunity to work in specific sectors and fields, prohibited travel to other countries, and possibly the loss of income due to your record and the suspension of your license.

Your first DUI conviction brings severe penalties, including a fine, jail time, and the suspension of your driver’s license. A conviction for DUI/DWI will be a part of your record for ten years afterward. This ten-year period is considered a prior conviction, so a second DUI/DWI conviction at any time in this ten-year window will carry far more substantial penalties because you will be identified as a repeat offender.

Brad Pollack will advise you how to plead your case, and he or she may recommend that you enroll in counseling as quickly as possible to mitigate the penalties leveled against you. Known as a “wet reckless” charge, the lesser charge can result in probation and the necessity of taking an alcohol safety class rather than extended jail time. 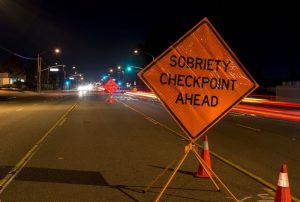 Not your first offense? If you’ve been collecting repeat offenses, you’ll want to make sure it’s not your attorney’s first time, either.

That’s because the penalties for a DUI conviction become much harsher if you are charged with a second or even third offense, and you’ll need an expert to guide you through your next steps.

A competent DUI lawyer will have extensive training, knowledge, and experience in handling DUI/DWI cases. Handling any DUI/DWI case in Virginia requires more than legal knowledge and skill; your attorney must understand the body of research surrounding field sobriety test administration and evaluation, as well as the scientific basis for measuring blood alcohol content. Ask your attorney for proof of success, especially in trial cases.

A second DUI in Virginia carries a minimum fine of $500, and the maximum fine is $2,500. You’ll also be required to serve a minimum of 30 days in jail, and that sentence could be extended to twelve months. Finally, you’ll lose your driver’s license for three years.

Your third DUI in Virginia delivers much graver penalties, including a minimum fine of $1,000, with a maximum fine of $2,500. You’ll also be facing twelve months in jail or one to five years in prison. The driver’s license you once held will be suspended indefinitely, although you can petition for its reinstatement after five years.

These sobering repercussions have been put in place to make drivers think carefully about drinking and driving. Navigating Virginia DUI/DWI laws can be as treacherous as the act of driving drunk. Those charged with DUI/DWI offenses can find themselves mired in a legal predicament while trying to make sense of the law and their rights.

Hire a competent lawyer as your copilot when you need an ally who can take the lead in your case.

If you’ve been arrested for drunk driving in Virginia, you won’t want to go through the ordeal alone. The process is lengthy, expensive, and will permeate every area of your life as you face the unknown.

A defendant could go to trial without even knowing what the possible consequences might be; it happens all the time. There is no burden on Virginia courts to inform drivers facing DUI/DWI charges of possible consequnces, so it’s best to have an expert counselor guide you through this period of difficulty.

Pleading guilty to the offenses with which you have been charged may not be the best or wisest course of action to take; only your attorney can advise you of the possible consequences and the best way to approach your case based on individual circumstance.

Brad knows. A DUI charge can be devastating. It’s a dangerous traffic violation that can’t be taken lightly.

Don’t lose hope; you don’t have to face DUI/DWI charges on your own, and you shouldn’t. No DUI charge is the end of the world unless you give up without hiring adequate counsel to advise and represent you.

There can be life after a DUI/DWI charge and even a conviction in Virginia. Brad Pollack can assist you each step of the way.

Brad Pollack will fight for your rights in the courtroom